Hannah over at Cats and Coffee made a list of blogging ideas! I’ve been enjoying her blog, and thought I’d use one of her listed topics for today’s post. (Thanks Hannah!)

Note: There are currently NO affiliate links in this post, I haven’t set any of that up yet. I just linked a bunch of stuff for the sole purpose of sharing it with anyone who comes across it!
= ~ = ~ =

Why did I start blogging?

In March of 2001, my then-boyfriend-now-husband, Joe, said to me, “Hey, have you ever heard of this site called LiveJournal? I think it’s something you might really like.”

And it was all over from there!

It wasn’t surprising I fell in love with it, as I’d always loved the ideas of stories, journals, diaries, this completely private divulging of one’s deepest thoughts. As a child, I was privy to just a few diaries. Two nonfiction – the diary of Anne Frank, and the diary of Zlata Filipovic, the diary of a teenage girl living through the war in Sarajevo. Also as a teen (as in just barely 13 I believe), I read a fictional diary, The Secret Diary of Laura Palmer. That is not a kid’s book! But I just snuck it off the large bookshelf in my brother’s room and was quite fascinated! 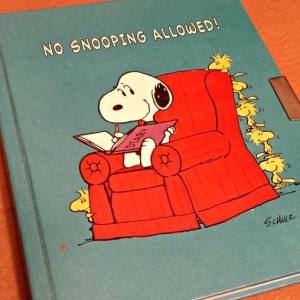 And of course, part of my fascination with other peoples’ diaries was the fact that I’d been keeping my own for so long. I believe my first one was my Snoopy diary in second grade (excerpt here), and then I moved onto my pink, green, and blue-paged Lisa Simpson diary next, and it simply continued from there!

Somewhere along the way, I also learned about ancient cultures, who had to remember their family’s stories and history by verbal tradition alone (is it any wonder I became a Druid eventually??). That was really compelling to me, and it made me love hearing my mother tell and re-tell her own stories all the more. I wanted to absorb them, to pull them into myself as part of my family’s story, to be able to re-tell them myself, so I asked her to repeat them all the time. “Tell me about when we were all born,” are words I’ve said to my mother countless times.

Eventually I wanted to be a writer, and I’m sure it was in part because my oldest brother was already known as the writer of the family. I wanted to be just like him. But really, it turned out that all four of us (my 3 brothers and I) had an affinity for writing. In elementary school, I think a few of my teachers worried about me a little bit when I sat against the school wall at recess time, scribbling away in my notebook, instead of running around on the playground (but who wanted to do that? It was so hot in Texas the majority of the time, I more than welcomed the relief of the shade!).

I remember one day in elementary school when I was doing just that, a teacher who didn’t know me as well came up and asked incredulously, “MEGHAN? You’re in TROUBLE?” And I, at nine years old, couldn’t have felt more offended. “No,” I said with a tone that implied, “of course not,” and even suggested, “How dare you?”

“I am writing my novel,” I said. OBVIOUSLY.

I actually filled that notebook with 49 pages, all written in pencil! I’m pretty sure there was even a Table of Contents. I wish I knew where it was. I bet it’d be fascinating to read it now! (Or mortifying…)

As I grew and participated in various essay writing contests for school, in addition to all the writing we did in English classes, my love for writing continued to flourish. I found I really did love both fiction and personal essays. The first time I heard the phrase “creative nonfiction,” I was like YES, that’s just what it is! And felt so excited to not only read it, but write it.

The internet only expounded this love of mine, making others’ writing, good and bad, far more accessible. I remember having my new GeoCities account (click here for a hilarious montage to see exactly what GeoCities websites were like!), and shortly thereafter getting my own domain name. They Might Be Giants had already been a favorite band of mine for ages (and still is!), and I love the song Particle Man (who doesn’t?). So Particle Woman seemed a logical choice. I remember reading lots of blog posts on various peoples’ personal websites just documenting their lives. I wrote a few entries, mostly about my pets I’ve had in life, but nothing like a regular diary/blog/whathaveyou. It was only when I was introduced to LiveJournal that I found that community feel, and I was hooked, and spent time writing journal entries online instead of in a notebook. I spent so much time on there, reading my friends list, and writing my own musings. Along the way, I tried pretty much any diary related site that came up, to try to get a feel for where I belonged. (That is basically a metaphor for my life in general!) At one time or another, I had accounts at Diary-X, Diaryland, Blogger, Dreamwidth, and possibly others, too! I still always came back to Livejournal, as well. That one I never actually left! (Ah, my first bloggy love!)

Then I wrote on my own site for a while, using a blog software that I’m forgetting the name of. And with that site as my base, I hopped into the world of meeting real life web writers! In total, I attended JournalCon three times. It was always such a blast! (Lots of drinking, karaoke, writing panels, mimosas, tours of the city, more drinking… 😉 ) 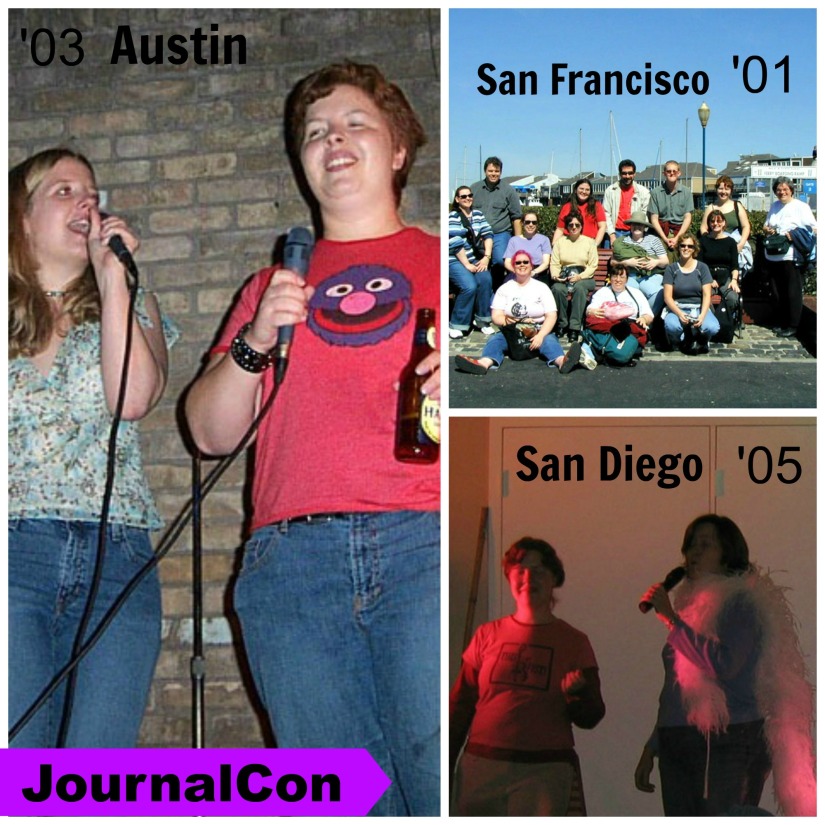 I never did get a ton of traffic at my site. And that was fine for my shy, introverted self. I hoped some people read my writing, but I didn’t care if my little site ever got incredibly popular or anything. In fact, that idea was a little terrifying. But I was happy with my small, low-traffic site. Then life took over, I became stupidly busy, and just stopped writing online. At least publicly. I kept writing for a small circle of friends on Livejournal for years.

And life kept on trekking on. I had my baby, we moved to a different city, joined a bunch of moms’ groups, tried to get used to parenthood, struggled with anxiety, etc, etc. Then the company Joe worked for folded, and our elderly cat died, and we needed a place to go, so we moved to Washington! It was all very whirlwind, stressful, and sad. And then, almost immediately after moving up here, I got pregnant! I was over the moon. And two months later, I lost the baby, and was fucking devastated. My heart just shattered, and I felt completely lost.

My anxiety increased, and I decided to take Sertraline/Zoloft, which helped quite a bit. More than I expected, actually! I’m incredibly glad I gave it a try, and have it in my life. After that, I thought I was recovering ok, and I mostly was. Then months later, in December, I saw people on Facebook start discussing new year’s resolutions, and one of the ideas was a photo project. One photo a day for 365 days. I thought, all right, I’ve been wanting to do this a while, let’s try it! I started reading various photography websites, and by doing that, I happened upon Beryl Ayn Young’s website. Reading about the loss of her daughter moved me to tears. Tears for her. Tears for myself. Tears for my baby, who “should” have been getting ready to enter the world that upcoming January (2014), instead of having been lost months earlier. Beryl wrote that photography helped her with her healing, and I knew that even though I’d been coping well enough, I needed that. With an ounce of determination, and camera in hand, I suddenly felt a little spark of hope ignite within me. I felt eager to discover what I might find on the other side of the camera. And eager to document it for others to share in the journey.

I began posting weekly photo posts, and it was not always easy keeping up with that and regular life! But I managed it! I even posted a few wordy writing posts in addition to my photo posts (One of them about the baby I’d lost and missed, and still miss). And I kept writing fiction, and I kept writing in my paper journal. And my heart did begin to heal, slowly but surely.

It’s been two and a half years since I started this blog, and I’m still taking photos daily, and still posting them here. This year, it’s Project 366 since we had Leap Day, and I’m happy to still be participating in this project. It helps me find something small that’s notable, or funny, or poignant. Something every day worth catching a glimpse of, and sharing with the world. Sharing my microcosm with the macrocosm.

Along the way, I’ve seen people use blogs as an additional writing outlet while they wrote novels, which is what I aim to do too. And I’ve even seen a few people’s blogs become a lucrative way to work at home. And that is super inspirational! Many people around me have even told me, hey you could do that! You love to write! Go for it! (Thanks, supportive friends and family in my life! And thanks fellow blogger peeps who inspire me all the time with your awesome templates and interesting topics!)

When it comes right down to it, writing is something I’ll always be doing in some capacity, so why not do it in a space where I can share with others? Where I can maybe help others feel that sense of solidarity, like I have felt with so many others I’ve read over the years? It’s a powerful thing to tell one’s story. For the author, and the reader.

I think that’s true of any kind of art that kindles that fire in your soul, from painting to writing to photography, and more.

So here I am, and that’s more or less the story of how I got here. I’m glad to be sharing more writing here now. (Even though it scares me!) And that’s what I’ll keep doing – writing from the heart. All the little pieces. The tiny particles of life that make us all who we are. (And still posting photos too!) And maybe, just maybe, you’ll be reading? And maybe, just maybe, you’ll be writing too! Let me know, I’d love to follow along with you, and welcome you to join me, too.

Thanks for reading! And thanks for being here!

Meghan Toledo is a writer living in the Seattle, WA, area with her wife, son, two dogs, and gecko. She spends her days writing stories in her head (and on her computer, napkins, etc), staring at strangers while daydreaming, and wondering what's for dinner... View all posts by Meghan Toledo

7 thoughts on “Why I Started Blogging”

This site uses Akismet to reduce spam. Learn how your comment data is processed.

A family blog documenting our adventures, creative endeavors and thoughts about life as an adoptive family

The Why Traveler
Wanderlust Wookies

Just a place to share my random thoughts and life adventures

My quest to be a better me

Writer, editor, bullet journaler and mom. NaNoWriMo winner, three times. First time YouTuber and blogger. I'm the revised writer and I'm here to share my journey and ideas on all of the above.

Periodic dispatches from the hinterlands

The family life of a bunch of nerds.